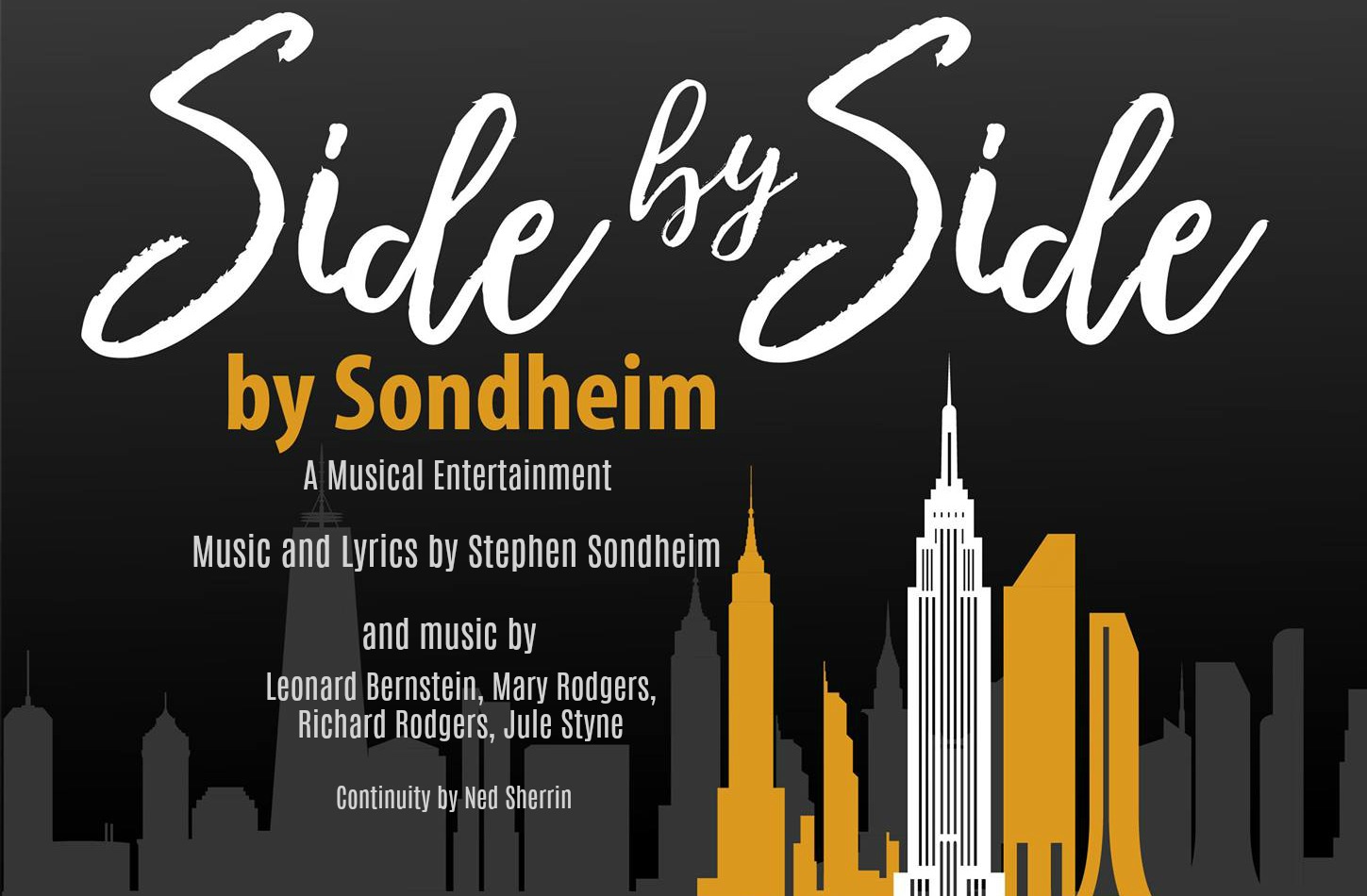 For the first time in Switzerland!

One of most successful musical revues of all time, “Side by Side by Sondheim” is a nonstop parade of Stephen Sondheim’s most beloved songs from smash hits including “Follies”, “Company”, “A Little Night Music” and “West Side Story”!

This dazzling showcase of Sondheim’s songwriting genius is finally appearing in Basel, starring Nina Bradlin, Susan Brownfield, Anthony Hehir, and Stephanie Nemeth-Parker, with musical direction by Tiffany Butt. If you’re looking for an evening of wit, glamour, and romance, this show is the must-see event of the season!

Stephen Sondheim has been a leading figure in musical theater for over half a century and is widely acknowledged as the most innovative, influential and important composer and lyricist in modern Broadway history. Hailed for an unsurpassed standard of brilliance and artistic integrity, his accolades include multiple Tony-, Grammy-, and Drama Desk awards, an Academy Award, and a Pulitzer Prize. Although Sondheim is revered throughout North America, his work has been rarely presented before a European, let alone Swiss, audience. Side by Side by Sondheim, which has never before been performed in Switzerland, offers the perfect opportunity to acquaint uninitiated theatregoers in Basel with Sondheim’s unparalleled artistic output.

An anthology of much of Sondheim’s most celebrated material, Side by Side by Sondheim links together songs such as “Send in the Clowns” from A Little Night Music, “If Momma was married” from Gypsy, and other hits from West Side Story, Company, and Follies to provide an impressive survey of the immense scope, stylistic daring, and emotional poignancy of Sondheim’s oeuvre.!